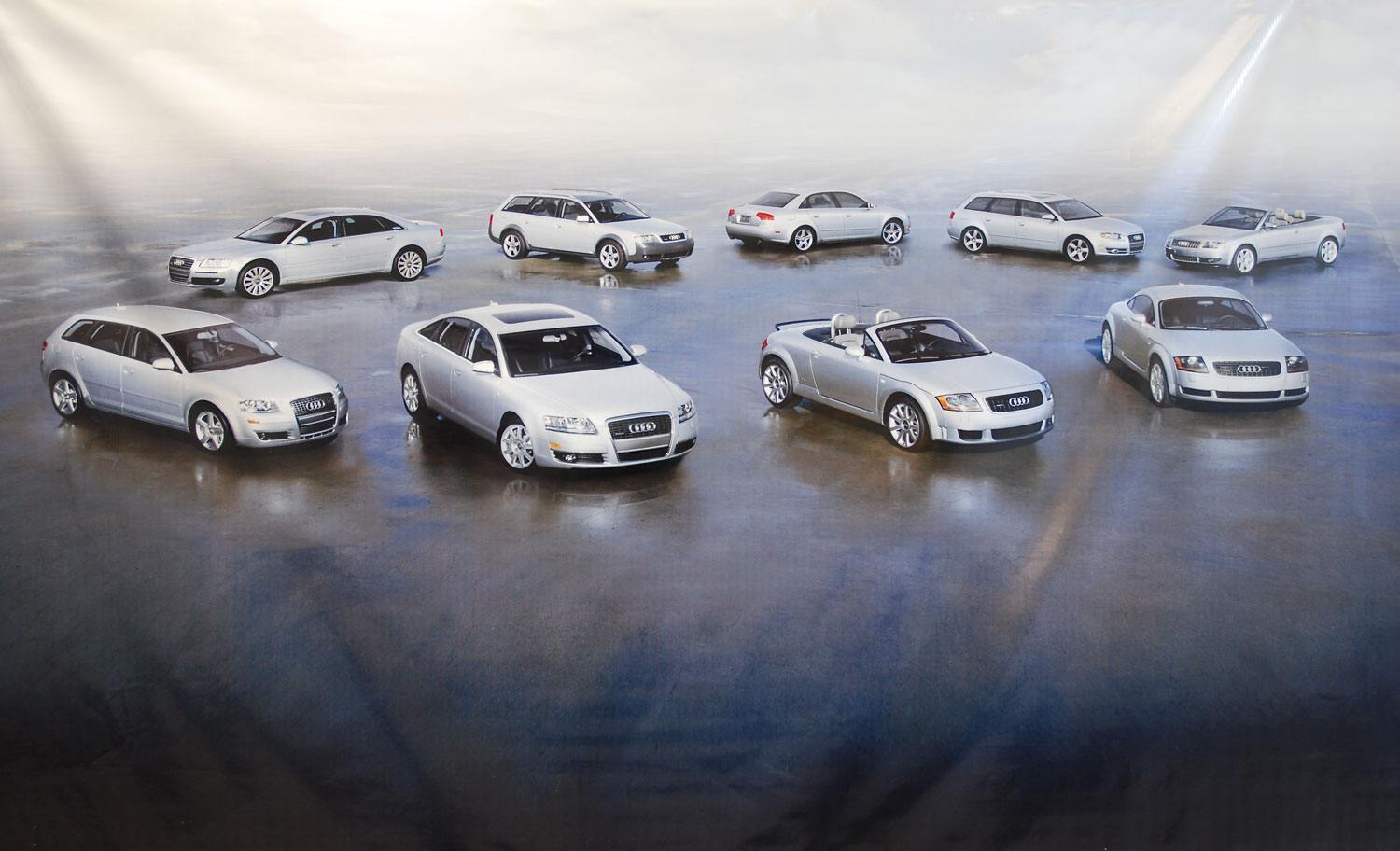 Some of the best Audis for speed: Past and present

Some of the best Audis for speed: Past and present

Audi can trace its roots back to the early 20th century. In the 1930s, it joined with three other German automakers to form Auto Union, where it was dominant in European racing until it disappeared in the chaos of World War II. In 1965, Volkswagen bought the brand’s rights from Mercedes-Benz and relaunched Audi in the modern era. VW quickly turned Audi into its luxury brand, and it worked out pretty well. Audi wasn’t exactly known for speed until the 1980s, when it perfected all-wheel drive, launched its Quattro line, and forever changed the definition of performance cars. At our Pfaff Audi dealership in Vaughan, ON, our customers can find some very high-end Audi vehicles that are waiting for you to take out for a test drive. If you are looking for an Audi vehicle for performance on the roadways, then you have come to the right place. In this blog, we have put together a list of some of the best Audis for speed in the past and the present.

Click here to begin browsing through our new Audi inventory at Pfaff Audi.

In many ways, the Sport Quattro made Audi what it is today. As such it deserves a place on any list of superlatives. But it’s really here because it was an ultra-limited (just 200 made), barely street-legal rally machine. With a turbocharged 2.1-litre inline-five powering all four wheels, the Sport Quattro made 306 horsepower and 258 pound-feet of torque. That might not sound like much today, but the Sport Quattro’s carbon-kevlar construction kept the weight down to about 2,600 pounds. Add to it cutting-edge tech, such as anti-lock brakes and Audi’s first-generation Quattro system, and the Sport Quattro became one of the most legendary performance cars of the 1980s.

The 2017 Audi S7 is a very beautiful looking coupe-style vehicle. And in hotter S7 spec, it’s seriously quick, too. Like most Audis, top speed is electronically limited to 250 kilometers per hour. But thanks to its 4.0-litre V8 sending 450 horses and 406 pound-feet of torque to all four wheels, zero to 60 comes in a very impressive time. That’s not bad for a 4,500-pound luxury sedan.

From 2007 to 2014, the R8, Audi’s now-iconic supercar, was available with plenty of potent 4.2-liter V8. And for just two years, you could get the 430 horse, 317 pound-feet in a drop-top. Despite being a few hundred pounds heavier than the coupe, the Spyder V8 topped out at 300 kilometers per hour and made the zero to 60 sprint in lightning-fast time.

The 5.2-litre V10 makes 525 horsepower, and it improves acceleration from zero to 60 in a very impressive time, and a fraction quicker than the V8. The top speed is 312 kilometers per hour. We wonder how many people have topped out with the top down.

The Audi TT has always been a polarizing car, but any questions about the red-hot RS’ performance go right out the window. Powered by a 2.5-litre inline-five (a nice throwback to the earliest Quattro models), the TT RS sends 400 horsepower and 354 pound-feet of torque to all four wheels. With a suspension set up for performance, a top speed of 280 kilometers is possible, and zero to 60 comes very quickly.

As you can see, there are many Audi vehicles that can be chosen to purchase for their speed and performance. As this blog includes just a brief list, we encourage you to get in touch with our Pfaff Audi representatives to discuss the purchase of a performance Audi in further detail. Additionally, with that, click here to learn about the Pfaff Difference.

Click here to find our contact information, schedule a test drive, or to speak with a representative

By submitting your email address or phone number, you allow us, Pfaff Audi, to include you on our contact lists to send you information about our products, services and promotions. You may revoke consent at any time by clicking on the "Unsubscribe" link in your email.
Book A Service Appointment
View Our Specials